If it wasn't for Bill Murray this would tick every candy coated box, marked Grumpy and Lovable, until Jack Nicholson comes to mind in As Good As It Gets and you think you know where you are.

Murray is Ghostbusters and all that deadpan stuff, like Groundhog Day from before Seth Rogan and The Rude Crew rubbished convention. Recently he has discovered a more serious side (Lost In Translation) and is full of surprises. You expect a comedian and you get an actor.

And so it is with St Vincent, the heartwarming tale of a lonely old bloke who discovers friendship with his neighbour's son, 11-year-old Olly (Jaeden Lieberher), and life is less empty when there's someone else to think about.

Vincent lives in a filthy house with a cat and enjoys the company of a pregnant Russian hooker (Naomi Watts) every Tuesday. It's the classic man alone syndrome made worse by alcoholism, impotence and an addiction to gambling. Result: bad hygiene, financial deprivation, depression.

His wife has Alzheimer's and is looked after in a top quality care home by dedicated nurses. How can he afford this, you wonder. And why is she so calm and elegant?

That's the sub plot. The main feature is about Olly and his mom (Melissa McCarthy) who move next door. Quite soon she is using Vincent as a babysitter and general help, which means he takes the boy racing and protects him against school bullies and represents an alternative educational system - Life Studies from the seedy side.

The film oozes sentimentality from where Leiberher raises it above the parapet with a controlled performance. McCarthy avoids her trademark feisty-fat-lady-on-the-loose role and Murray goes flat out for those end of year awards. He's acceptably crusty, but hardly huggable. 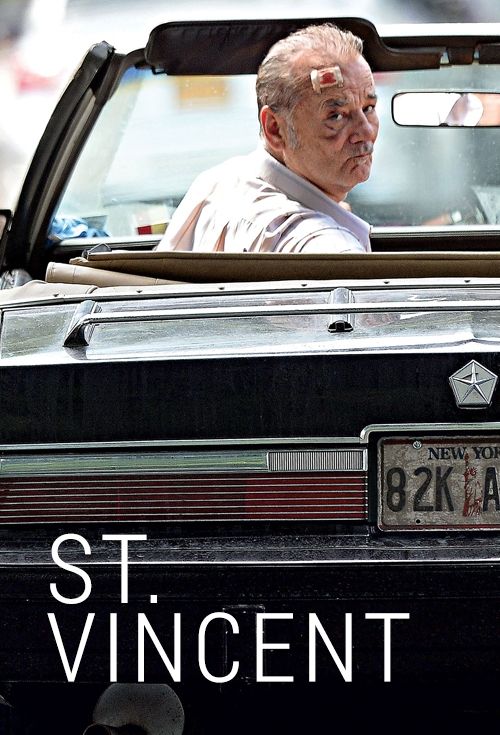