When Smilla Jasperson came home that winter's day in Copenhagen, the boy lay dead on the pavement. He had been playing on the roof, the police said, and probably slipped on ice.

She was friends with the boy, a six-year-old Greenlandic Inuit, who lived with his alcoholic mother one floor down in her apartment block. She knew he had a fear of heights and would never have been up there unless something, or someone, had forced him.

Two men were photographing the footprints in the snow that led from the skylight hatch to the edge of the roof and she could tell from the pressure of the boy's shoes that he had been running.

Smilla is a complex, abrasive scientist, living alone with minimal luxuries and hardly any furniture. She finds emotional attachment sentimental, preferring mathematics, carrying the spirit of Greenland inside her like the ghost of an unborn twin, conscious that "every day I am on this earth, I am an exile."

Her investigation into the boy's death is that of a determined woman, not a skilled operative, and Julia Ormond conveys the driving force of an obsessional mind with the vigour of an intellectual athlete.

Bille August is a director who responds to the sensibility of abandonment, recognising an outsider's perception, touched by the intensity of desolate landscapes.

The script has been skillfully adapted by Ann Biderman from Peter Hoeg's internationally acclaimed novel and superbly photographed by Jorgen Persson. 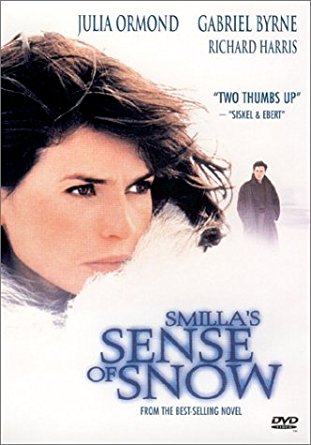 A scientist investigates the death of an Inuit boy.

Writer: Ann Biderman, based on Miss Smilla's Feeling For Snow by Peter Hoeg

Millennium: The Girl With The Dragon Tattoo