After winning the Nobel Peace Prize in 1964 and enjoying an international reputation for his work against segregation in the American South you would be forgiven for thinking that Martin Luther King Jr's struggle for racial equality was done and dusted.

However, you cannot sweeten the bitter mind of a racist with foreign awards or presidential endorsement from a political fixer of LBJ's reputation.

What director Ava DuVernay's Selma does is remind us how dangerous that struggle was, even after Nobel - little steps, little victories, blood on the tracks. Not only did J Edgar Hoover (Dylan Baker) suggest to President Johnson in veiled language that he could eliminate the problem whenever the FBI was given the green light, but the control white Southern sheriffs and governors had over the black community remained resolute. Only 2% of African-Americans - that word was not used then; the preferred moniker rhymed with trigger - were registered to vote.

As an historical reconstruction of America's brutal suppression of what became known as the civil rights marches the film does well. Unlike Alan Parker's Mississippi Burning, which covers a similar yet different story, the pace falters. There are long stretches when nothing much happens. Martin's wife Coretta (Carmen Ejogo) is portrayed as a pretty woman intent on domestic matters and Martin's renowned infidelities are swept under the cutting room carpet.

British actor David Oyelowo may have the physical attributes of King but there is no suggestion of his charm and charisma. It is a dull performance. Tom Wilkinson, on the other hand, is an authentic LBJ, Texan vulgarity in ascendance, more convincing by far than Tim Roth as Gov George Wallace who seems to lack the deeply ingrained convictions of a white supremacist. 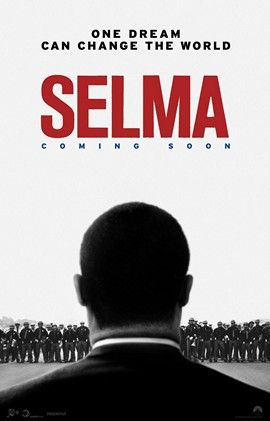 An Alabama Night in New York