There's a warm honesty at the heart of this indie drama, which takes roads less travelled in Colorado.

Written by its star Brian Smolensky (channelling a young Kris Kristofferson under a bushy Seventies beard in the film's central role), it follows abrupt changes in the life of roughneck Michael - although the change is psychological rather than physical. Change in itself is not something that Michael is used to, his life marked by the routine of work and banter in the company of men, followed by drink and downtime in the company of women and the occasional hunting trip or bar catch-up with his dad (John Heard in a small but well-worked role).

That is until a knock on the door brings not only the considerably less blue collar city gal Emily (Christina Moore) to his door - but also a story about the brother he never knew he had, and whose life (and death) have taken a radically different path to his own. What follows is a meditation on what some might consider 'life's lottery' as Michael begins to examine his own experience, assumptions and aspirations in comparison with those of the man he never knew. It's also a largely cliche-free love letter to hard-working blue collar America that is interested in people rather than politics, although Emily's motivations for getting in touch with Michael strain slightly at the bounds of belief.

Told in an episodic manner, the story takes a while too settle, with first-time feature director Joseph Mattarese and Smolensky's script so eager to set the scene and, in particular, Michael as 'top dog', that things are pushed a bit too hard. This leads the supporting acting to take on a broad, theatrical edge and action in an early bar scene to feel more stagey than it should, as though everyone springs into life as Michael crosses the threshold.

Once the motor of the film is running, though, it settles to a more welcome pace, with Smolensky slowly allowing a gentle soulfulness to surface beneath Michael's rough-cut exterior, as he unexpectedly finds himself helping Emily work through her grief at the same time as reassessing his own desires.

Michael is a man of few words, especially when navigating emotional terrain - even the word "sorry" is anathema to him and sympathy, either for himself or others, is in very short supply. Smolensky's script, thankfully, doesn't look to change this. He stays true to the character, instead showing how conversations, particularly between Michael and his equally taciturn father, are as important for what is left unsaid and the way that things are talked about than for what is actually verbalised. Although a little too neatly tied up at the end through a succession of conclusions, when picking just one of them would have been preferable, this is a solid achievement all round and particularly notable for Smolensky's nuanced performance, which should act as a calling card for more feature roles in the future.

The film is available to watch on Amazon VoD 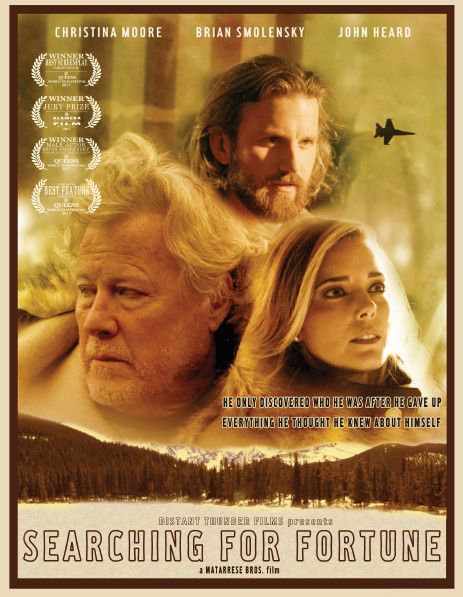 A roughneck re-examines his life after hearing about the life and death of the brother he never new.