The heart of James Redford's documentary about toxic stress and its affect on physical health is in the right place but the execution never rises above the pedestrian. The film attempts to explain the way in which Adverse Childhood Events (known in the medical community as ACEs), including divorce, addiction issues in the home or violence, can build up to cause heart disease, obesity and reduced life expectancy among other physical ailments.

The trouble is, it feels more like a slideshow for doctors or community outreach than the emotionally compelling document he's aiming for. We are taken through the origins of the ACE study by epidemiologist Robert Anda and doctor Vincent Felitti before being shown how various medical practitioners are now trying to implement the findings by intervening in kids' lives to help them build 'resilience' to the trauma they have experienced.

Part of the problem is that much of this seems like a no-brainer. After all, connections between childhood sexual abuse or domestic violence and a cycle of problems have been well-publicised for years and the idea that improved parenting and a treatment over punishment approach to things such as drug-related crime can offer better outcomes is hardly a revelation.

Beyond a nicely animated sequence by STK Films showing how constant anxiety has an impact on children, the rest of the documentary goes through the tried, tested and dull motions of talking heads and footage of therapy sessions and classrooms. There's also an annoying reliance on text explanations that only adds to the feeling that you might as well be reading a Wikipedia entry on the subject. You long for more from those who have high ACE scores and who have since received help for managing the trauma, but Redford doesn't seem to want that sort of emotional entanglement. You're left wondering what a documentarian such as Kim Longinotto would have done with the material and with the feeling that, were it not for the Redford branding, this film would have found a television niche, at best, rather than a berth at film festivals. 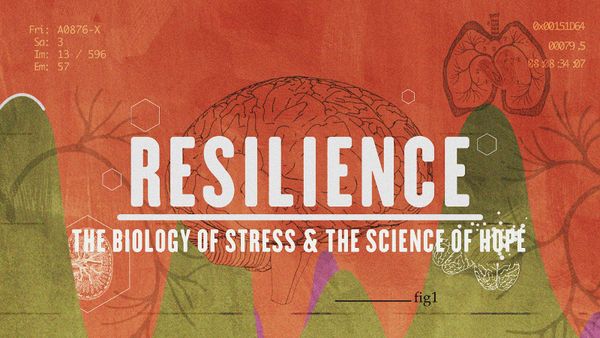 How childhood stress can have an impact on physical health in adulthood.