A tale of a former hitman searching for redemption by answering overheard prayers, Redeemer (Redentor) wavers confusingly between bonecrunching violence, comic interludes, and po-faced spirituality. Lead actor Marko Zaror is a martial arts star and fight choreographer, which leads to some incredibly elaborate fight sequences (choreographed by Zaror) in what is his fourth collaboration with director Ernesto Díaz Espinoza.

Although Nick "Redeemer" Pardo (Zaror) begins the film fighting the kinds of knuckleheaded bad guys who attack one at a time rather than en masse, as the narrative progresses he faces more able opponents - in some of the fights, the question of whether he can win is genuinely in doubt. However the length of some of these sequences works against their dynamism and in their longueurs they sometimes seem like an exercise in technique rather than actions based around the requirements of the moment - just punch the guy already! Violence is to be expected of a film like this (if not its raison d'être) but there are instances of very nasty violence - a meat hook being inserted through the roof of someone's mouth and out through their eye before being used to drag them along the ground being a standout - so it is not for the easily queasy.

The bonecrunching blood splatter and multiple gory gunshots to the head are also at odds with the seriousness with which Pardo's quest for redemption is treated. This clash of contrasting tones exists more broadly within the film. In parallel to Pardo's personal story - his violent and tragic past is told via flashbacks and in the present he seeks to assist threatened locals - is that of the new Mr Big, Bradock (Noah Segan), who dreams of giving Chile their first 'decent' drug lord. A dimwitted gringo who exuberantly throws himself into the local culture - learning Spanish and trying out local customs and (stereotypical) garb - the character almost seems to be from another film. Bradock is the comic relief (which somewhat undermines the threat he supposedly represents) but is also used by the film to call attention to the cliches of the genre - for example, he complains that he has not been given a cool nickname (Pardo is known as "Redeemer" and his nemesis (José Luís Mósca) goes by "The Scorpion") and draws attention to the expendability of his Chilean hired muscle (who are possibly the world's worst lookouts) in contrast to his status as an American.

This self-referentiality sits oddly within the film because it doesn't seem to extend to the other characters. Pardo wanders around at all hours of the day and night with his hood up (which is not greatly practical given that he could be attacked from any angle) but it is unclear whether this is a tongue in cheek nod to the traditional moodiness of loner antiheroes, or simply supposed to be taken at face value (he is uncommunicative and surly, after all). Likewise the way in which Pardo's violence is wrapped up in righteousness leaves a bad taste, although his version of religion and redemption (and the way it is tinged with pain) is challenged by the local woman (Loreto Aravena) who assists him.

Overall, fans of the genre will probably enjoy the fight sequences but the story and characterisation do not stand up to closer inspection. Nonetheless, Zaror is a charismatic presence and will undoubtedly be a name to look out for in the future if his talents can be properly utilised. 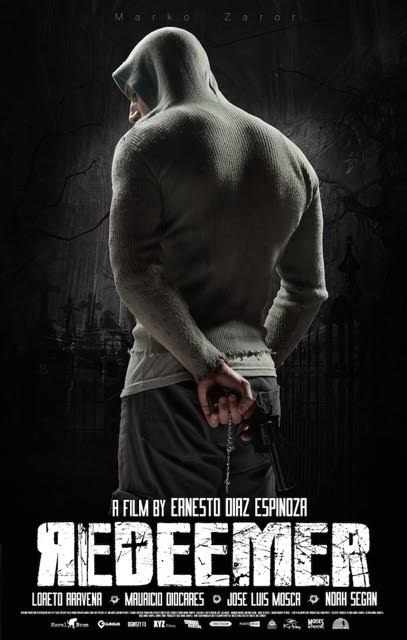 An ex-hitman turns vigilante to seek redemption for his sins by taking on a vicious drug cartel and facing deadly assassin "The Scorpion".