Is this made at the box office? Or in heaven?

She is extraordinary. The camera loves her, which means that visually P&P 2005 is infatuated. Although words such as "beauty" and "stunning" are flung at her like ripe custard by drooling journos too lazy to look beyond the Diana Spencer imitation, she does not fit the conventional mould of "drop dead gorgeous." She is tomboyish, flat chested, skinny, with lopsided lips and a smile that opens like a Venus flytrap. And yet it is the character in her face and its expressive vulnerability that causes grown men to slide effortlessly into madness.

Traditionally costume dramas accentuate lavish cinematography, opulent stately homes, exquisite sets and magnificent theatrical performances. If Merchant Ivory is the grandee of the genre, Joe Wright is the upstart from below stairs. His camerawork can be dodgy; the homes are huge, but not always stately; the sets feel lived in and the performances are cinematic.

The Bennet household is a case in point. Never has their faded gentility been so well expressed, nor the energy and girlish enthusiasm of the daughters so naturally presented. Even Mrs Bennet (Brenda Blethyn), forever the foolish matchmaker, is no longer simply the clown in a highly charged rom-com and Mr Bennet (Donald Sutherland), too often overlooked as a henpecked husk, emerges with a flowerpot and a certain dry dignity.

This is the first time in ages - perhaps ever - that the hot-blooded delights of a country house ball have been shown to be fun. Normally po-faced and formal, these parties give the girls their only chance of social interaction, which for them means dancing like mad and giggling at the ineptitude of their partners.

Finally, after appreciating the feminist touches in Deborah Moggach's adaptation of Jane Austen's most famous novel and the genuine pleasure of watching Knightley grow into her role, there is one glaring miscalculation. Matthew MacFadyen turns Darcy into an arrogant tosser. How could Lizzie, with her generosity of spirit and stubborn certitude, look twice at this rude, socially protected, unamusing icicle of a man? MacFadyen, usually such an interesting actor, portrays Austen's template for Heathcliffe as a brooding bore who couldn't rip a bodice if his life depended on it. 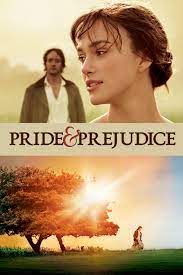 Writer: Deborah Moggach, based on the novel by Jane Austen