Split the difference between gory exploitation horror and surreal sci-fi character study, and you get somewhere in the vicinity of Posessor.

Writer/director Brandon Cronenberg’s film has a concept that could be at home in a streamlined action plot: a hit-woman who inhabits other people’s bodies to pull off assassinations. But while a commercial action film would build its story around clear motivation and turning points, that’s not what Cronenburg is after. Instead, there’s a dreamlike feel as the antihero struggles to get a grasp on her new body and surroundings — or even to get a grasp of herself when she’s in her own body.

One would imagine that being a conventional professional killer comes with a pretty hefty emotional toll, so it only makes sense that it’s even worse when you’re inhabiting other people’s bodies and minds to get the job done. Andrea Riseborough plays Tasya Vos — or at least the regular body that Tasya inhabits. She works for some sort of shadowy corporation that kills businessmen — either for long-term financial gains, for hire or both. (If you’re good at parsing expository dialogue, you might be able to decipher all the details.)

After the gruesome opening sequence — in which Tasya’s host repeatedly stabs her target to death instead of the planned shooting, we see her with her boss (Jennifer Jason Leigh). She asks her a series of questions and asks her to identify objects — young Buddha style — saying whether they belong to her or not. This grounding exercise is meant to determine if agents are still of sound mind to carry out future missions, or are getting to confused with the people they occupy.

Tasya passes her screening, but is clearly a borderline case. When we see her with her husband and child, it feels a bit reminiscent of stories of combat veterans who can’t settle back into home life when their old life still awaits. She wasn’t able to complete the suicide portion of her last job’s murder-suicide, but she blames that on the technician rather than any mental issues she might be facing.

Christopher Abbott plays Tasya’s next entry, a boyfriend of an influential heiress with a disapproving corporate father, and ably portrays the ambivalence between occupied host and struggling possessor. As the character’s turmoil mounts, Abbott keeps impressive control of his performance.

Cronenberg is most certainly David’s son, and while he’d probably prefers to avoid comparisons, his proclivity towards jarring imagery and shocking material instantly calls to mind his father's work. David’s 1999 film, eXistenZ, even started Leigh in a story of people plugging into different realities and having trouble distinguishing which one is true.

Even so, Brandon is not merely rehashing his father’s work, but creating something new with a similar worldview. The results aren’t always perfectly coherent, but they don’t need to be because they exist on their own terms. I won’t say whether that’s similar to a David’s work, because I know how a son might get annoyed. 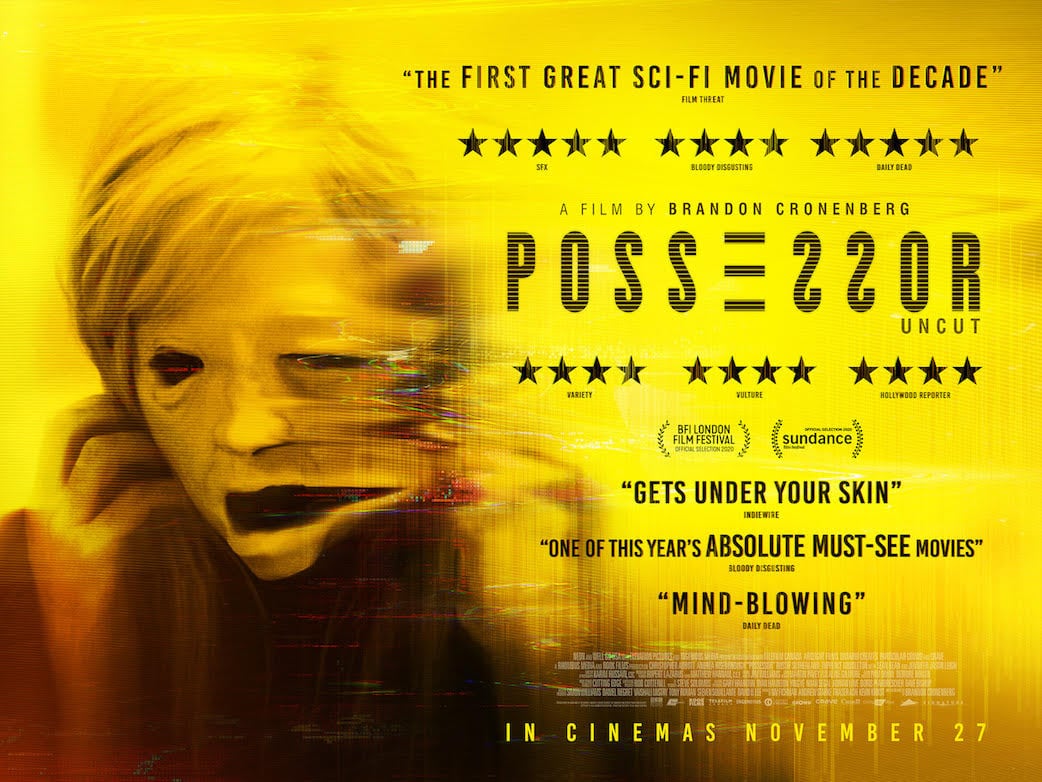 Vasya is a corporate agent who uses brain-implant technology to inhabit other people’s bodies, driving them to commit assassinations for the benefit of the company. When something goes wrong on a routine job, she finds herself trapped inside a man whose identity threatens to obliterate her own.