Even though we do not celebrate Thanksgiving in Scotland, I watch this film once a year before I get in the Xmas mood and watch loads of Christmas movies like Home Alone, Scrooged and Christmas Vacation. It has become a tradition and, perhaps, even a necessity.

Neal Page (Steve Martin, back when he was funny) is a marketing executive, who has just made a pointless trip to New York two days before the holiday. The inconclusive meeting ends just half an hour before his flight back home. If he hurries, he'll catch it, no problem, and be home with the family before he knows it. Right?

Well, no. There are no cabs on Wall Street. After being hustled out of $75 for a cab someone else hailed, it promptly takes off with passenger unknown. But, no matter, the airport has delayed the flight because of snow. In the waiting lounge, Neal meets Del Griffith (John Candy - man, do I miss him!), a shower curtain ring salesman and the very person who went off in his taxi. Despite Del's insistence on making amends, Neal fobs him off and remains in a mood.

Once on board, the fussy flight attendant seats him in coach, as there was a mistake with his first-class ticket. Guess who is in the next seat? Del, of course. And he blabs on and on, telling unfunny anecdotes to an increasingly squashed and uncomfortable Neal.

A huge snowstorm in Chicago results in the plane being diverted hundreds of miles to Wichita, Kansas. Neal is forced to spend the night with Del in an unbelievably seedy motel... in the same bed. That night they are robbed and left with nothing but their credit cards.

Since Del is a massive slob, who leaves his dirty socks in the sink, crumbs and wrappers everywhere and spills beer on the bed, Neal would like nothing more than to ditch him and get on with the journey alone.

It's here that the emotional punch of the movie really kicks in. Neal is arrogant and selfish, but Del still sees some good in him and would like nothing more than to be his best buddy. But he is repeatedly kicked aside and ignored as the two of them inch their way home. Fate crosses their paths over and over and Neal is pretty much only temporarily sticking with the fat man to serve himself. Del's need for a pal and his frustration at Neal only becomes apparent after the first viewing, as it's the shocking twist ending that makes you add up his character and emotions.

At the time, this film was already brilliant, but it's the fact that Del Griffith and John Candy are almost one and the same that makes it that extra bit special. Both were friendly, chatty and tried really hard to be liked. And now that Candy is gone forever you can't help but really, really feel for him and see the trouble he is going through, despite his best efforts to hide it. Neal and Del may be opposites, but as they both struggle through setback after setback they eventually come to empathise and understand each other.

I dare you not be moved to tears when Del is sitting alone in the train station and confesses his secret to Neal. If you are not crying, then you truly have no soul.

The film isn't just an emotional character drama. It's also a road movie with loads of snow covered middle-America scenery and is extremely funny and packed with classic scenes. Anyone who has seen it will know what I mean when I say, "THOSE AREN'T PILLOWS!" Del driving on the wrong side of the highway will suffocate you, as will Neal's confrontation with the rental car receptionist, the character of Owen (Dylan Baker) and his nasal problems.

Occasionally, James Ira Newborn's score can be a bit distracting and even slightly inappropriate, but there are some deeply emotional cues in there that can easily shift the mood of a scene. Inconsistent it may be, but overall it's better than most comedic scores.

Planes, Trains & Automobiles is an eternal tribute to how great Martin used to be before he sold himself out to family movies and how wonderful Candy was as an actor and a person. Without him, there'd be no Peter Griffin.

For Candy alone this film gets the coveted Gator MacReady Claw of Approval. He was brilliant and died far too young, but in his short career he did give us some unforgettable performances and Del Griffith is certainly one of them. 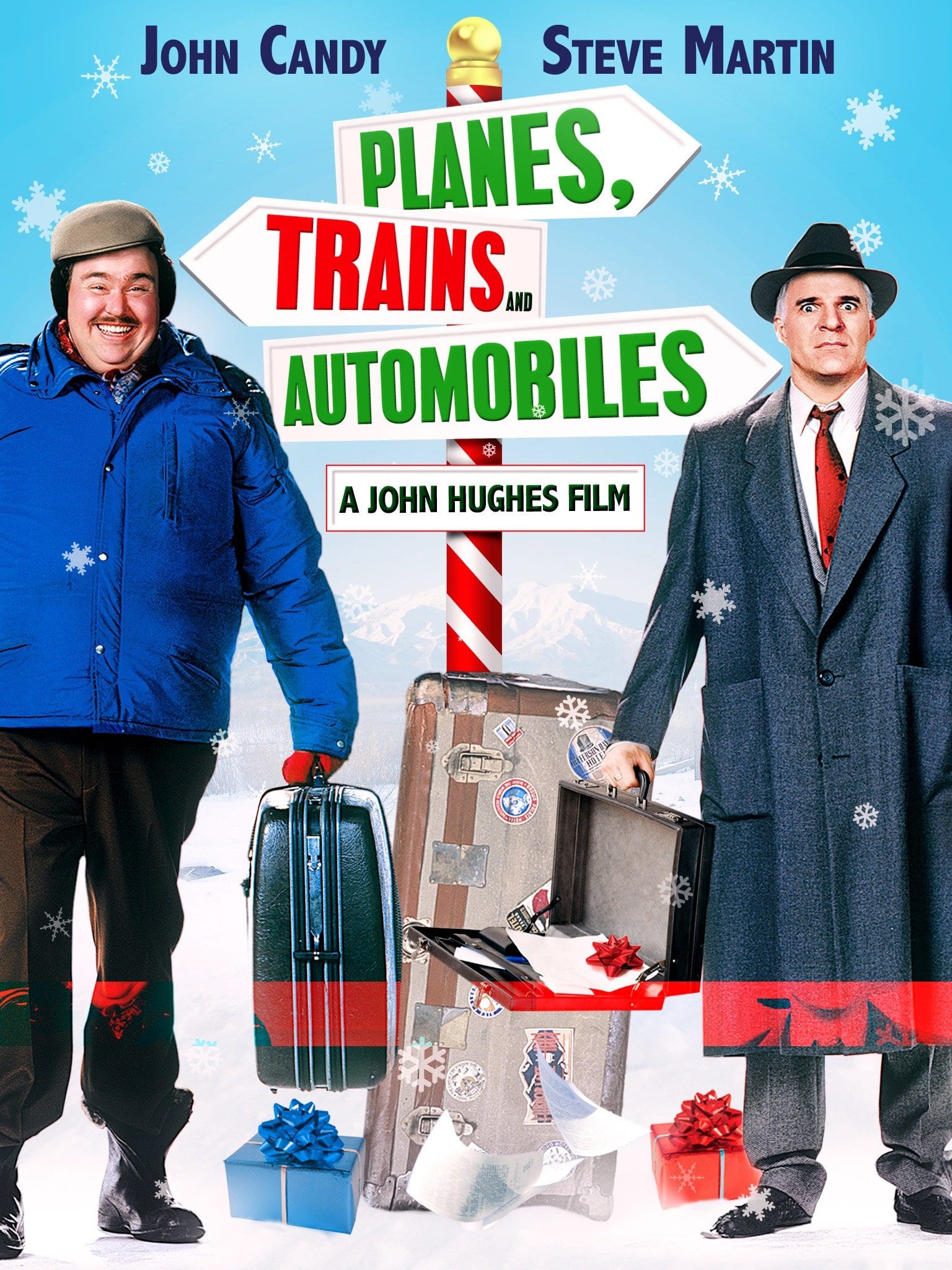 Steve Martin and John Candy try in vain to get home in time for Thanksgiving.