The links for me to Stéphanie Chuat and Véronique Reymond’s My Little Sister (Schwesterlein) begin in 2004, when Thomas Ostermeier (Artistic Director of the Schaubühne am Lehniner Platz) was presenting his production of Nora (A Doll's House), starring Anne Tismer with Lars Eidinger (as Doctor Rank) at BAM (Brooklyn Academy of Music), and the director joined me at the Lincoln Center campus of Fordham University for a conversation on his Ibsen adaptation. In 2016, Volker Schlöndorff introduced me to Nina Hoss when he was filming Return To Montauk (near Lincoln Center).

Of all the family relations depicted in the tales collected by the Brothers Grimm, the one between brother and sister is the least strained, the least troubled. Jealousy, rivalry, revenge and rage are common between folktale sisters, between brothers and any parent-child combination possible, whereas little brother and little sister march on into the world together, supporting each other when abandoned in the woods or separated by an evil witch who wants to eat Hansel. In Stéphanie Chuat and Véronique Reymond’s My Little Sister, which is Switzerland’s Oscar entry for Best International Feature Film, the devouring witch is cancer.

Sven (Lars Eidinger) has leukaemia and his twin sister Lisa (Nina Hoss) does everything in her power to help her beloved brother. Sven is an actor at Berlin's Schaubühne where he, like Eidinger who plays him, has been starring since 2008 in the highly successful production of Hamlet. His director, David, is played with a world of experience by Thomas Ostermeier. Lisa is a playwright who lives with her husband Martin (Jens Albinus) and their two kids, Linne-Lu (Linne-Lu Lungershausen) and Noah (Noah Tscharland), in Switzerland.

She is back in Berlin to donate bone marrow to her brother. When Lisa and Sven visit the theater unannounced, they see a rehearsal going on of Hamlet with his understudy in the lead role. Sven disguises his hair loss under a number of wigs; despite the pain, he wants to get back on stage. David’s confrontational tone with Lisa reveals their past relationship - Does she miss Switzerland? The fresh air? Heidi? No, indeed she misses Berlin and would like nothing better than for her family to return there.

In Berlin lives the twins’ mother Kathy (Marthe Keller), a feisty defender of political theatre, which for her “ends with Brecht.” She also isn’t too fond of her daughter’s writings. Keller gives a marvellous performance as a woman whose life has made it absolutely impossible for her to now care for her adult dying son, or even have something to eat in the fridge for her visiting grandchildren. So Sven comes along with his sister to Switzerland; the kids love their uncle, especially little Linne-Lu, who wears a blue bandana in spiritual support.

Life is getting or is already complicated in Switzerland. Martin, Lisa’s husband, has been offered a 5-year contract to stay on as headmaster of the prestigious boarding school in Leysin, one of the world’s top-ten schools, where, so prospective parents are told, pupils besides getting a first-class education, do their own laundry and receive cooking lessons. Lisa also teaches at the school (too much Rilke, for one of her students’ taste) but is stuck moving forward with her own writing.

Leysin used to be famous for its sanatoriums, but now offers little inspiration to Lisa. Her husband wants to stay and take advantage to get their children a world-class education for free, and tells her to pull herself together. “Every day you have to pull yourself together here,” she counters. No truer words about living in Switzerland have ever been spoken.

When Martin goes hang gliding with Sven, things don’t turn out the way they would in a more contrived movie. Despite, or maybe because of the fairy-tale connotation, Chuat and Reymond’s début feature is grounded in a deep reality. A wonderful moment in the hospital, seemingly superfluous but really reaching the heart of things, shows the exhausted and frustrated Lisa without any change standing in front of a vending machine. A stranger behind her understands without words. He puts in a coin that helps her get a coffee. Everyone knows the moment when a tiny obstacle seems too much to overcome, the straw that breaks the camel’s back.

The Brahms song Schwesterlein that gives the film its title, and the “children’s games” Lisa brings to life in the mono/dialogue she composes for her brother, go hand-in-hand. Besides the accent on siblings, My Little Sister takes on the subject of dying and how far we go in pushing it away. More disappointment and hurt is on the way for Sven. David, understandably, doesn’t want the star, who filled his seats for years, to die on stage and has decided to replace the scheduled Hamlet performances with Stefan Zweig’s Beware Of Pity.

And Martin doesn’t want his children to experience their uncle dying. For both men, Sven also fulfills a catalyst function in their relationship to Lisa. Only Lisa, in her deep sadness, embraces the resurrection of her creativity as a gift that doesn’t take away. She becomes herself and challenges the moment. “The children dare the witch and destroy her. The children want to play till the end.”

To come back around to the Schaubühne connection, when in 2006, BAM invited Thomas Ostermeier’s Schaubühne production of Hedda Gabler, Lars Eidinger played Tesman. Lars accompanied me to see the Ron Mueck exhibition at the Brooklyn Museum. Currently streaming until Christmas on the Schaubühne site is Simon McBurney’s staging of his adaptation of Stefan Zweig’s novel Beware of Pity (Ungeduld des Herzens). 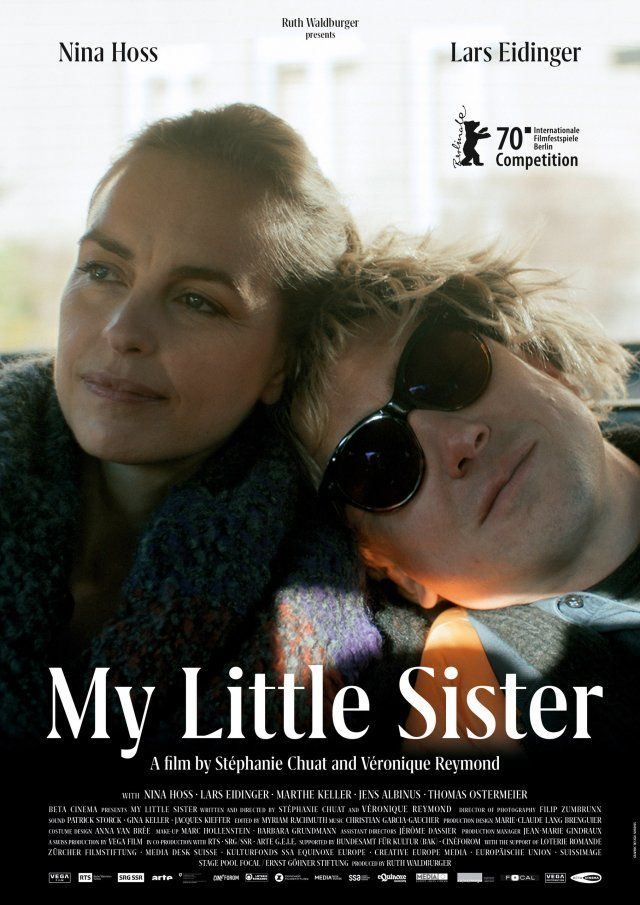 Lisa has bid goodbye to her ambitions as a playwright and the Berlin arts scene and now lives in Switzerland with her husband, who runs an international school. When her twin brother – star of the Schaubühne theatre’s ensemble – falls ill, she returns to Berlin.