All three of DA Pennebaker's early short films included on Criterion's Bob Dylan: Don't Look Now release - which also features Daybreak Express and Baby - give clear indications of his developing style but this film, co-directed by Richard Leacock, shows his relaxed approach to capturing musical performance, a talent that he would employ extensively in the Dylan film three years later. In the extras for the new release, he talks about the idea of storytelling through film - "And then what happened" - and this black and white snapshot of a recording studio fully embraces that concept, evoking music in the moment but also giving a sense of the musicians at work to craft an end product.

The film was also the catalyst for making Pennebaker realise how important documenting these smaller moments can be - it remains the only recording of the session by Dave Lambert and his singers Mary Vonnie, David Lucas, Sarah Boatner and Leslie Dorsey as the record never made it to production and Lambert tragically died just a few months later, while helping someone to fix a flat tyre.

We see the full 'story' here, as the singers arrive at the studio before setting themselves up around the mic to sing their close harmony music. There's creativity here but also a fierce practicality as Lambert makes sure everyone is standing where they should, while the accompanying session musicians, show the rich backdrop against which the singers are working.

While Pennebaker and Leacock capture the verve and enjoyment, not to mention the precision, of the session, they also spotlight small details, such as the removal of a pair of shoes. The pair also illustrate the dynamic between the singers and those in the recording booth, where a second camera captures the busy chatter between the technicians as the music rolls on in the background. It's an immersive experience that also offers an education about the way a track was laid down and a snapshot of the industry at a specific point in history - the essence of good documentary. 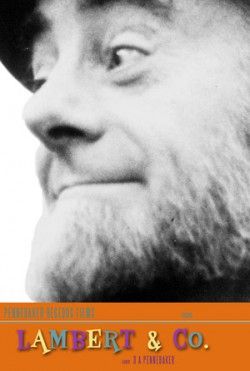 Snapshot of a recording studio.