By dispensing with conventional aids to filmmaking, such as narrative structure and studio technology, the Danish collective that calls itself Dogme 95 is doing what cinema verite and improvisation attempted 30 years ago.

The result resembles a home movie - jerky, disorientated, badly lit, lacking continuity and as close to the way it is (a bit of a mess) as you don't want to be. There is no recognisable storyline, although the emotional content has potential if it wasn't dissipated by a Calvinist attitude towards manipulation and falsehood.

A group of intelligent middle-class dropouts live together in a suburban house and find it funny, if not subversive, to go around pretending to be mental retards. Karen (astonishing performance from Bodil Jorgensen), a disturbed and vulnerable woman, who has run away from an abusive marriage, is "adopted" by them.

She is different. She hurts for real and, although hates them "poking fun", finds their freedom of expression liberating.

The Idiots is the work of Lars von Trier, who made Breaking The Waves. Some of the intensity of that extraordinary film can be glimpsed here. The handheld camera has an immediacy that is so in-your-face, it becomes counterproductive. Rather than drawing you closer, it pushes you away. Dogme 95's uncompromising attitude does the same. 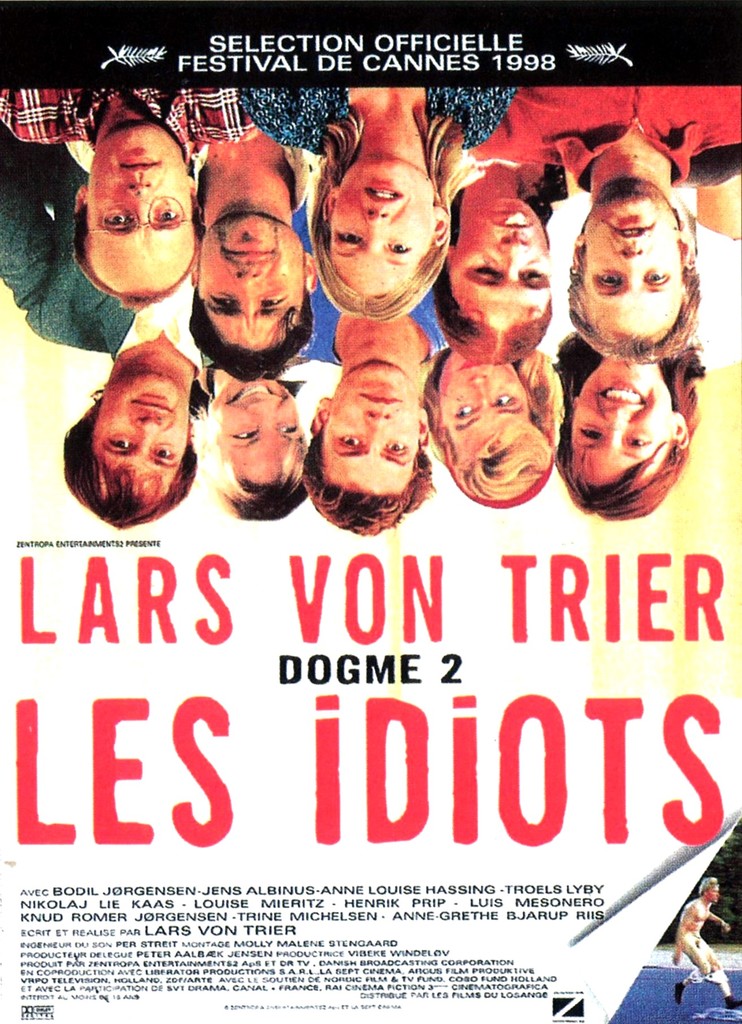 A group of drop-outs have 'fun' pretending to be mentally ill.

The Boss Of It All