Hang Sang-soo's tale of romantic longing, told in fragmented parts, is neither structurally or emotionally sound and, despite the barely feature-length 66 minute runtime, the story feels overstretched long before that. Worse, the decision to make all of his actors speak not in their own languages but in English means the dialogue has a stilted and wooden quality that emphasises the clunky nature of the script and adds to a general air of fabrication. One or two comic moments are generated from the observation that speaking in a foreign language can seriously limit the nuance of human interaction and, specifically, expressions of love, but overall the characters are less engaging as a result.

Japanese star Ryo Kase plays the gangly, wistful Mori, who has arrived on the outskirts of Seoul in search of his 'soulmate' Kwon (Seo Young-hwa), who rejected him when he was on a trip there two years previously. Documenting his quest to track down Kwon and woo her back in a series of letters to her, Sang-soo justifies his non-linear structure by having Kwon take a tumble after she collects them in a bunch, scooping them up in a muddle and then reading them - and leading us through Mori's story - in non-chronological order. Sang-soo further underlines the device by having Mori read a philosphical tract entitled Time, just in case we are slow on the uptake.

The Hill Of Freedom title is deliberately ironic, referring not to the romantic perfection that Mori no doubt hopes for, but to a cafe where Mori will meet the fluff-brained dog-owning Young-sun (Moon Soo-ri). For every moment of humour - scenes in which Mori offers blunt observations to his hotel landlady are the richest - there are others that are more cringeworthy than amusing, while attempts at ruminations on life and the universe have all the potency of ideas hastily scribbled on the back of a fag packet after one pint too many. The lack of decent female characterisation beyond each woman representing something for Mori also weakens engagement levels to the point where many viewers will simply give up. Despite the hill of the title, Sang-soo's latest falls flat. 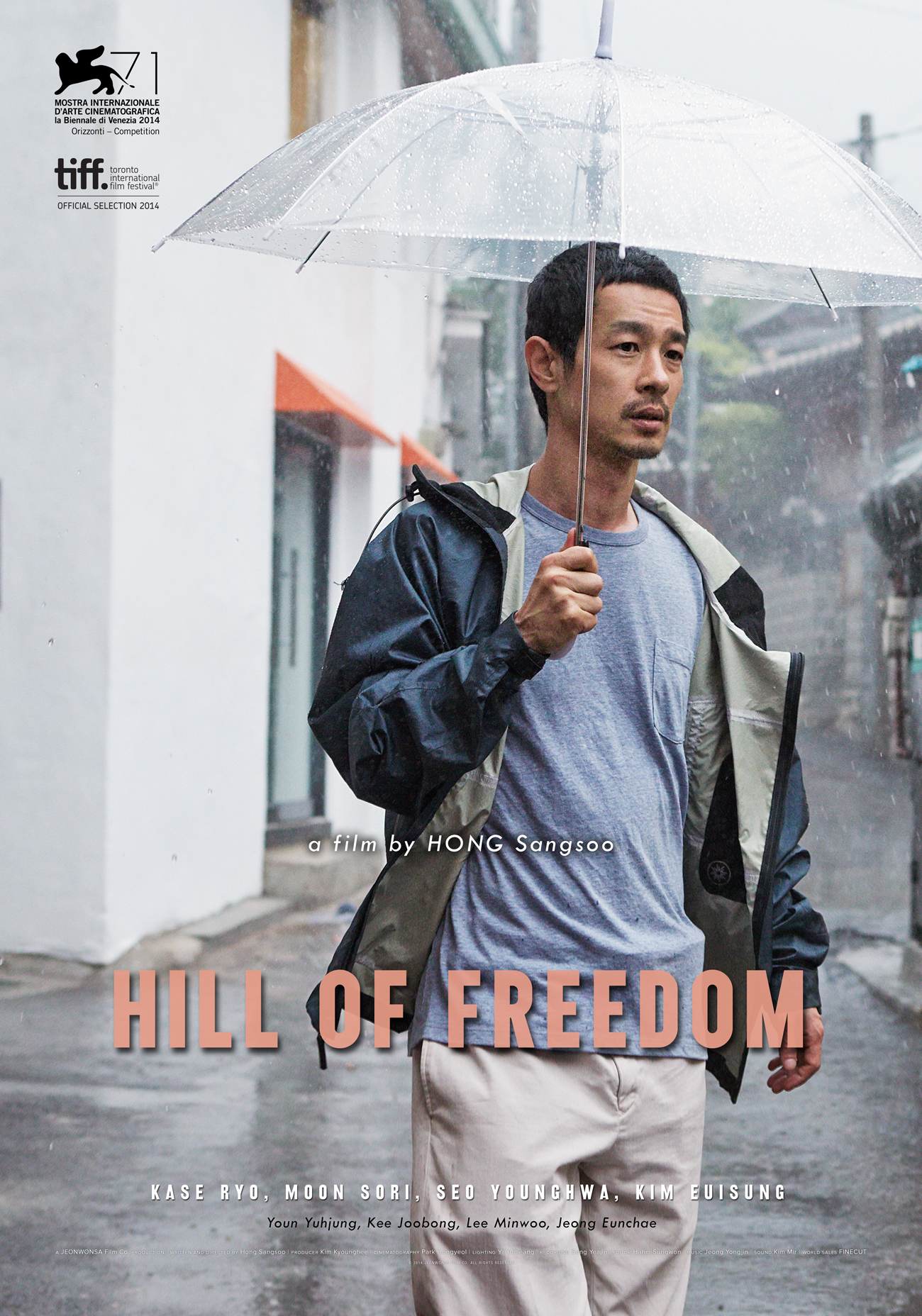 A man travels to Seoul in a bid to win back a woman he still cares for.