Part of Matthew Ross' debut film is set in France, which seems very fitting as its tense mix of romance and thriller elements recalls the off-kilter psychosexual danger of the likes of Jacques Deray's La Piscine or Claude Chabrol's Les Biches. Michael Shannon concocts the character of the titular chef as carefully as Frank might construct a signature dish, blending smouldering sexuality with a slowly simmering obsession until the ingredients begin to boil. Imogen Poots also brings seduction in spades to Lola, although her character ultimately feels lacking in motivation compared to her male counterparts.

Ross wastes no time in establishing Frank & Lola's relationship, recalling Steven Soderbergh as he elides scenes including their first sexual liaison and a meet-cute together. It turns out they are both driven souls, Frank in the restaurant business, while Lola is an aspiring fashion designer. When Lola gets an unexpected break after a chance meeting in a bar, Frank can't shake the feelings of jealousy about her new employer (Justin Long). After Lola makes a tearful confession, he finds his already unsavoury feelings spiralling into the realm of obsession concerning her former Parisian lover (Michael Nyqvist), who she blames for self-destructive impulses.

When business takes Frank to the French capital - a plot manoeuvre that feels just a little bit too handy - a showdown doesn't quite go as he planned and his jealousy and mistrust take an even more destructive turn. Some of the plot twists strain believability but Ross has a tight hold of the film's emotional drivers, mixing moods like a heady and dangerous cocktail so that a disturbing tension builds. Viewer loyalties ebb and flow as he leaves us guessing who to trust and who is the most unstable, while Shannon never lets Frank lose sympathy, even when he can barely control his anger. These elements are emphasised by the dominance of night-time - filled with twinkly lights and possibility by cinematographer Eric Koretz, and Danny Bensi and Saunder Jurriaans wistful, jazz-inflected score that gradually builds through the movie.

The last third of the film can't match the noir-fuelled sexual intensity of what has gone before largely because Lola is too one-note. With the male gaze and perspective so dominant, her emotions - and with them the tension – pale by comparison. This a film about the ambivalence of potential which can easily swing to good or ill. It also displays huge potential on the part of Ross, whose mastery of mood is already excellent and whose control of story only likely to get better. 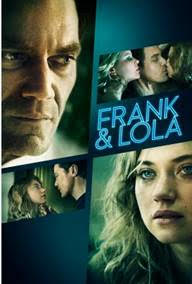 A chef finds himself becoming obsessed by jealousy after a tearful admission from his latest love.