There's poetry and motion, not just of characters but through time, flowing through Debbie Tucker Green's film adaptation of her own play for the screen. Experimental in nature, challenging in aspect, the piece knowingly retains its theatricality as an ensemble cast chart a series of vignettes of British and American Black experience.

In one, we see a mother (Sharlene Whyte) and son (Hayden McLean) engaged in snippets of what feels like an eternal argument, staccato rhythm beating through her admonishments that he should not appear "aggressive", "antagonistic", "hostile" when dealing with the police. "Don't" she repeats, as all his strategies are met with opprobrium from looking up to looking at his shoes. Their experience is mirrored elsewhere as members of different generations, or on different contents clash over protest and experience, while still others recount depressingly familiar encounters with authority. Although the film uses a largely empty black stage, we feel a change of season, through snow, rain and blossom that suggests the passage of time, of history and arguments having to be repeated because nobody properly listens - Tucker Green tries .

The beat and rhythm are often deliberately relentless, pushing onwards even when sometimes going around in circles - as circular as arguments that the characters find themselves having to make over and over again, often in the passive-agressive face of white privilege. Split into three, the second section acts as a blistering centrepiece for No Time To Die's Lashana Lynch, as a woman questioning a white academic (Demetri Goritsas) in the wake of a school shooting. White boys, it seems, get all the breaks, mitigating circumstances cited, allowances made, Lynch's character suffering a sort of casual belittlement as she tries to point out the flaws in the argument. Lynch's performance has a raw intensity but it seems wrong to single her out of cast that all put in magnetic performances, each voice as crucial as the next in giving voice to Tucker Green's argument.

A final segment charts a litany of segregation laws, the reading of them flowing around a cast of ensemble voices. It may lack the dramatics of the middle section but it offers a quiet power of its own as it emphasises the weight of political and structural underpinning that racism has been afforded down the years. 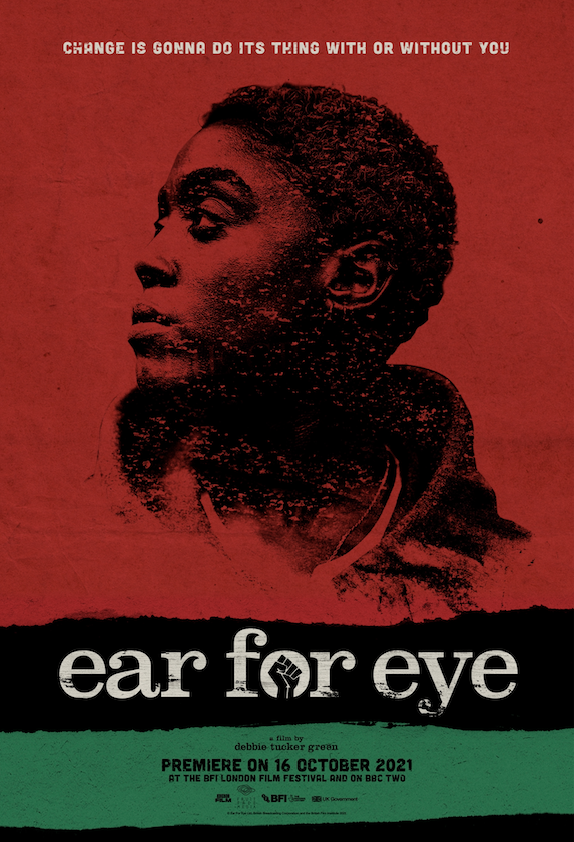 Adaptation of the director's play about racial injustice.