Small town America's love of the teen queen pageant is so ripe for parody it seems a shame that TV scriptwriter Lona Willliams feels the need to take it over the top. Once the contestants start dying in mysterious circumstances, the effect is as damaging as if Strictly Ballroom was a serial killer farce.

Using a documentary-crew-on-site technique, the film has fun with talking heads, especially when there is stupidity going on in the background. As a method of telling a story, however, it has limitations. What the cameraman misses, the audience doesn't see. Mount Rose, Minnesota, is a pocket of Lutheran humbug, attempting to give the impression of squeaky clean heartlandishness, personified by Gladys Leeman (Kirstie Alley), wife of the local furniture dealer and mother of Becky (Denise Richards), favourite for this year's Mount Rose Teen Princess.

Chief rival for the crown is Amber Atkins (Kirsten Dunst), whose ambition is to escape Mount Rose and make it as a journalist. Her mom (Ellen Barkin), considered trailer trash by snobbish Gladys, and best friend Loretta (Allison Janney) provide the hard-nosed commentary.

There are too many clashes of style, as if rookie director Michael Patrick Jann has thrown everything into the pot and stirred. Alley overacts outrageously, while Dunst plays it straight. Barkin confirms her comedic skills and Will Sasso, as the goofy son of one of the judges, is terrific. So much promise goes to waste in an attempt to capture the spirit of There's Something About Mary, when the small town tradition of showing off girls in some sort of celebration of Americana is a hoot in itself. 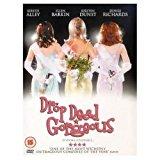 Over-the-top parody of US beauty pageants.