Jack Manfred is the antithesis of a garret-starving artist. He hasn't a romantic bone in his body. He's an unpublished novelist, with a cynical view of the world, coming to terms with having an ex-policewoman girlfriend (Gina McKee), who loves the idea of being-with-a-writer, while suffering the depressive side-effects of self-absorption. Right now, he has a cash flow problem.

Directed by Mike (Get Carter) Hodges and written by Paul Mayersberg, this is a first person movie. Clive Owen is Jack. The voice-over commentary covers his thoughts, a technique that can be dangerously indulgent. Not here. Mayersberg's script has the clarity of an open wound. 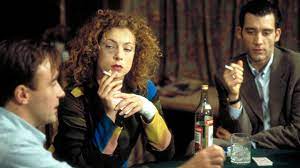 To pay the bills and overcome his writer's block, he takes a job in a casino. He has had experience in Sun City, South Africa. He knows how croupiers behave - at speed, with respect and from a distance. There can be no interaction with customers and no cheating.

Despite the girlfriend, who talks of love at depths he could never reach, Jack is a loner. At the casino, he is master of his domain, incorruptible, in control and hating the undercurrents of sleaze. Quite soon, he is hooked again "watching people lose".

Although essentially a thriller, the film is really about Jack. He builds barriers around himself to ward off intimacy. He won't gamble, he hates cheats. He hates most things. Jani (Alex Kingston) gets through to him, possibly because she's South African and understands how to behave in a casino. Later, when they know each other better, she makes him an offer he cannot refuse.

The egocentric nature of the film cleverly disguises what else is going on outside Jack's head. You see glimpses, make assumptions and realise that the world according to Jack is narrow and dark, while on the streets, with the rats and the criminals, plans are afoot.

Owen is mesmerizing. He locks into Jack with an intensity that singes flannel. He assumes a cool image, low on emotion. Hodges keeps the atmosphere tense, ready for those surprises, when they come.

Irony has seldom tasted so bitter. 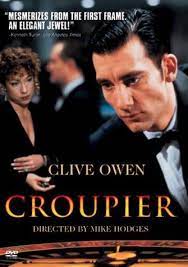