While James Crump’s enlightening Breuer’s Bohemia definitely fulfills any cravings for marvelous mid-century architecture, it also leads you, almost on tiptoe, into the private lives of the men who commissioned Marcel Breuer’s houses and built “bohemian“ enclaves around themselves with their families and avant-garde artist and writer friends in the New England of the 1950s and ‘60s.

Crump (director of Antonio Lopez 1970: Sex Fashion & Disco on the famed fashion illustrator), dips briefly into the Bauhaus history where it all began and how Walter Gropius took Breuer with him to Harvard. In a letter from 1937 he tempts Breuer with “everything we like, those New England houses.” After Marcel and his wife Connie start a small architecture firm, held afloat by commissions by the families of students, the game changer comes in 1949, when his creation, House in the Museum Garden, takes over the sculpture garden of the Museum of Modern Art in New York.

The Gesamtkunstwerk with butterfly roof, Eames chairs, Eero Saarinen coffee pots, and doorknobs by Breuer himself catches the eye of brand new patrons. Two couples, Andrew Gagarin and his wife Jamie, and Rufus Stillman and his wife Leslie, their houses, entanglements, affairs, and illustrious friends are at the center of the film, and it is their children who inform us about this post-war world where so much seemed possible and so much was written in stone.

The Stillman’s daughter Katherine talks about the time when Alexander Calder painted the mural at their swimming pool and Gagarin’s son Peter recounts his impression of Rufus Stillman taking off his leg (a Second World War wound had him wear a prothesis). The more personal the remembrances get, the more we can fill in what it must have been like to grow up in a world where the architecture provided a feeling of calm and order, while the personal lives of the adults were causing havoc all around.

Breuer’s cottage in Wellfleet, Massachusetts, with a tree house of a porch where he served his famous goulash, may make you dream of never wanting to eat anywhere else. Having Arthur Miller and Phillip Roth and William Styron and Robert Redford come by for parties also isn’t bad, but the documentary makes it abundantly clear that living in a beautiful space with famous visitors is not the same as leading a happy and carefree life. The images of the house Gagarin had built in Big Sur to share with the woman he left his family for are breathtaking. And yet, if “the blessings of the house are crooked,” as my grandfather used to say, the most marvelous view cannot heal the accumulated guilt and shame - which seems to be the real moral of the film.

Clips from HC Potter’s Mr. Blandings Builds His Dream House and Frank Perry’s adaptation of John Cheever’s The Swimmer perfectly comment on how we are not dealing with characters played by Cary Grant and Myrna Loy or Burt Lancaster, but real people with real lives. Rufus Stillman (who in one photograph resembles Roy Cohn) and Gagarin ferociously competed about houses and wives, and some of their ideas of masculinity cast a long shadow in the gorgeous houses that remain. Marcel Breuer is also known for the design of the former Whitney Museum of American Art on Manhattan's Upper East Side of Madison Avenue.

Breuer’s Bohemia: The Architect, His Circle, And Midcentury Houses In New England by James Crump (The Monacelli Press) was released on September 14 and the documentary is currently available on Vimeo on Demand. 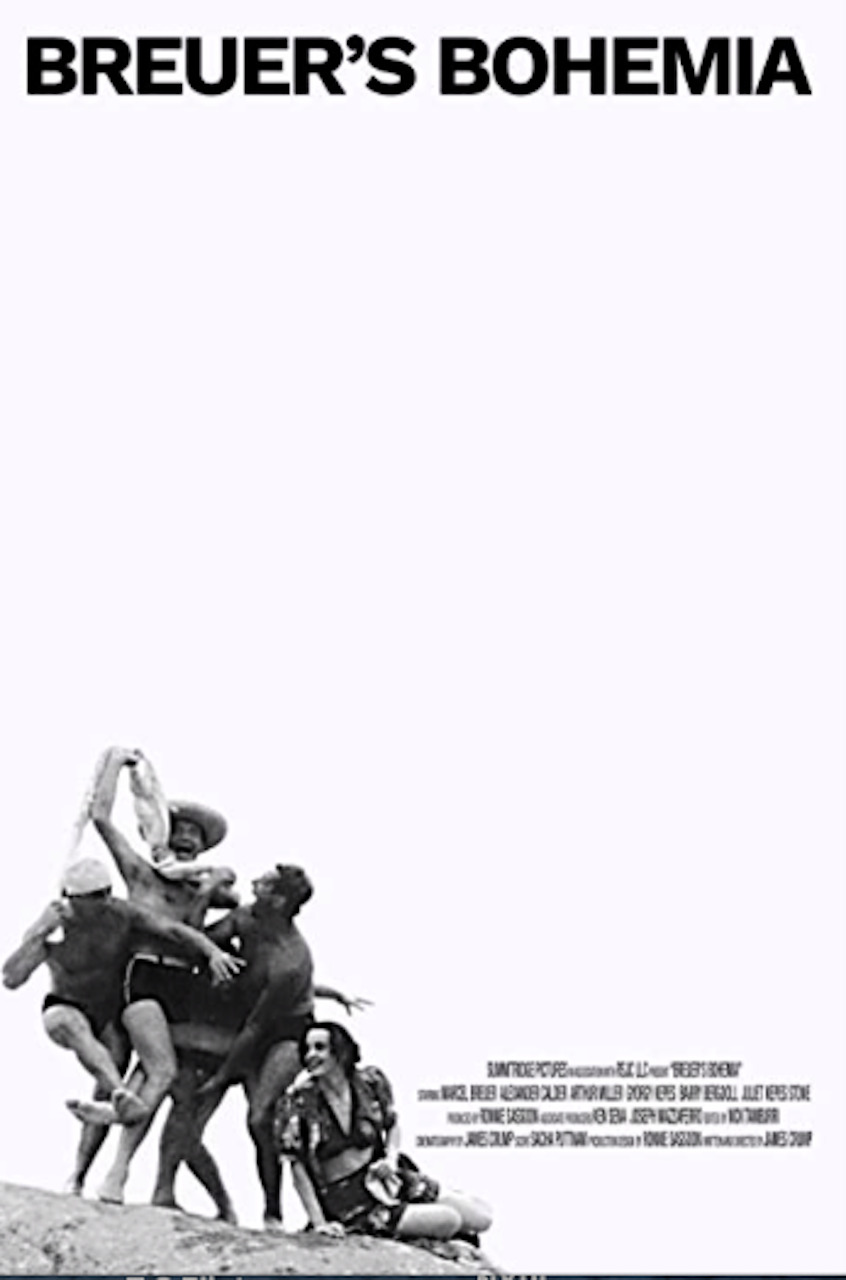 A documentary exploring a series of homes designed by legendary architect Marcel Breuer.

The notion of community