A veteran of dryly insightful BBC4 documentaries, Deborah Perkin had to turn elsewhere to fund her first feature-length film. Made in the end in association with the Film Agency for Wales, Bastards was possibly too nuanced and too opposed to stereotypes to take the fancy of the UK’s chief benchmark of objectivity. Not to be confused with Claire Denis’ bleaker-than-bleak film noir from last year, Perkin’s documentary takes the title because it focuses upon the single mothers in Morocco who have recently taken up legislative arms against the fathers of their children — who, born out of wedlock, are castigated by the Muslim community as a result.

But this film is no easy wagon-hopper when it comes to condemning a religion that has, by and large, been treated with derision and confusion by the BBC and other comparators in recent years. Rather, its premise emerged in light of Morocco’s relatively radical legal system, which unlike other Muslim countries allows women to take the fathers of their children to court to prove an otherwise ignored marital status and/or an unacknowledged biological fatherhood — and to pursue monetary recompense as a result. Though this is pursued through the courts, the women’s quests are aided by pioneering charities that try to bring parents together for the sake of their supposedly illegitimate offspring as well as leading lawyers working on behalf of the latter. (Whether such charity work reinforces the gender divide rather than challenging Islam itself is a moot point for another day.)

Perkin follows Rabha El Haima, who was subjected to an arranged marriage at the age of 14. Married in a fatha ceremony — meaning the groom was not present — Rabha was then driven to her new husband’s home. Her husband, a mute, raped and beat her repeatedly. Years later, after she had given birth to her husband’s daughter, Rabha finally decided to leave him. In response, he and his father deny any responsibility toward her.

Using her subject’s repeated visits to the court as a kind of structuring principle, Perkin documents with delicacy and humour Rabha and others’ legal fights taking place inside a fascinating and contradictory social space: on the one hand, a religion whose entrenched laws put women at an overwhelming disadvantage (domestically, socially, politically), and yet on the other, a court system through which to pursue and attain some kind of equality when it comes to questions of marriage, divorce and parenthood.

This isn’t to say the Moroccan legal system is flawless, or without its own deep corruptions. When Perkin watches on as a judge announces further postponement of Rabha’s case, the extent to which the courts are still able to move the goalposts — in favour of a violently and decidedly patriarchal order — becomes clear. One wonders whether the careful pleas of Rabha’s dogged lawyer are magnified in volume and persuasiveness by the presence of Perkin’s camera. And that’s surely the highest aim of any documentarian: not just to acquire a proximity to and an intimacy with one’s subject, but to challenge received wisdom both directly and otherwise. 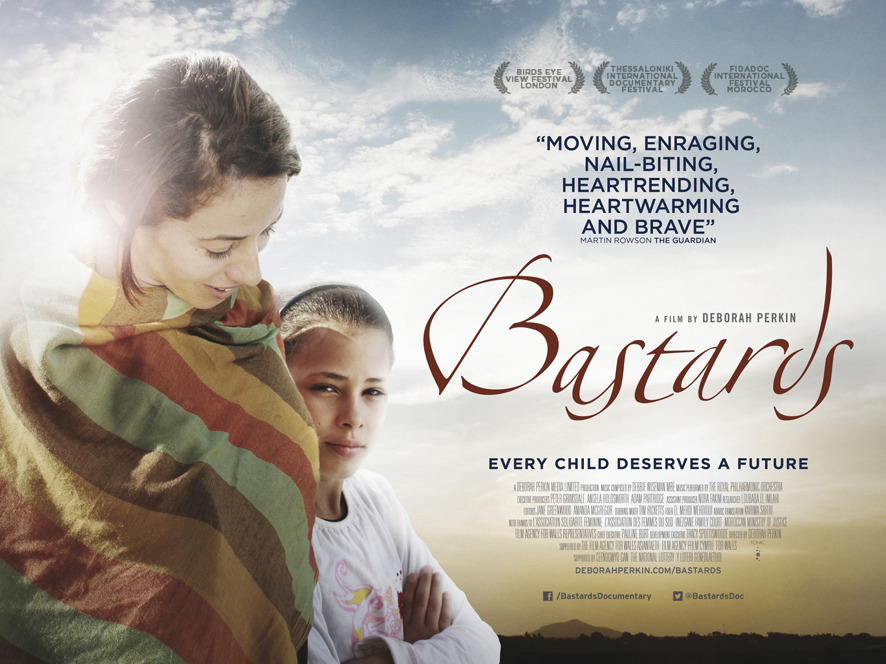 The battles of single mums trying to legitimise their children in Morocco.