Set against the backdrop of Spain's construction boom and bust, Aces (Os Fenómenos) focuses on single mother Neneta (Lola Dueñas) who - having been abandoned by her partner, Wolf (Luis Tosar, also one of the film's producers) - returns to her home town with her baby. Neneta's three-year absence from home is not expanded upon, but she has to make amends with both her mother (Patricia Vázquez) and an old friend (Juan Carlos Vellido), who still carries a flame for her.

Living out of Wolf's truck and looking for a means of supporting herself, the only job Neneta can find is as a labourer on the construction site for an apartment complex. Although initially encountering hostility from the all-male workforce - and no small amount of skepticism as to her capabilities from the foreman (Balboa - Miguel de Lira) - Neneta's indefatigable commitment to whatever task she is given nonetheless wins them over and she is accepted into the group. Although this is Neneta's story, each of the men in her team - Balboa, Avelino (Gonzalo Uriarte), Josué (Xúlio Abonjo), and Curtis (Xosé Touriñán) - are rendered in enough detail (in both script and performance) so as to be rounded characters who each have a distinct relationship with the central protagonist.

Neneta's life settles onto an even keel - she builds bridges with her mother, rekindles her romance with Furón (Vellido), and, in order to provide stability for her child, she takes out a mortgage and buys an apartment from the construction company she works for. Two things will disrupt the life she has started to make for herself: the collapse of the construction industry (signalled from early on in the film via snippets of TV and radio reports that Balboa attentively listens to), and the reappearance of Wolf.

As with the attention paid to Neneta's workmates, the two men vying for her affections are sufficiently well-drawn - and the actors playing them are both charismatic enough - that it feels like Neneta is faced with a genuine dilemma. Ultimately the decision she needs to make is not which man to choose, but what she wants for herself.

But the other disruption is beyond her control and the film shows the ripple effect of Spain's economic implosion - persuaded to carry on working when the construction firm is unable to pay their wages (a substantial proportion of which have been paid under the counter), as the months go by Neneta and her co-workers start defaulting on their mortgages and other bills. The threat of losing jobs and homes narrows the range of decisions they can take and impinges on their sense of dignity.

If the muted blue and green colour scheme utilised by director Alfonso Zarauza for the exteriors mirrors Galicia's windswept coastline, the contrasting reds, browns and ochres used for the interior scenes emphasise workplace solidarity and camaraderie as a source of support in hard times, and colleagues as an extended family (family scenes have the same warm colour scheme). Aces is a paean to worker solidarity but it is also honest enough about Spain's economic reality to acknowledge that holding each other up is not always enough to endure the precarious times in which we live, and that the interconnectedness of this social precarity means that the damages done on a personal level (bankruptcies, repossessions) often go beyond individual responsibility. That the film manages to suggest these things without appearing didactic is a credit to the warmth with which the characters are written and the strength of the performances across the board. 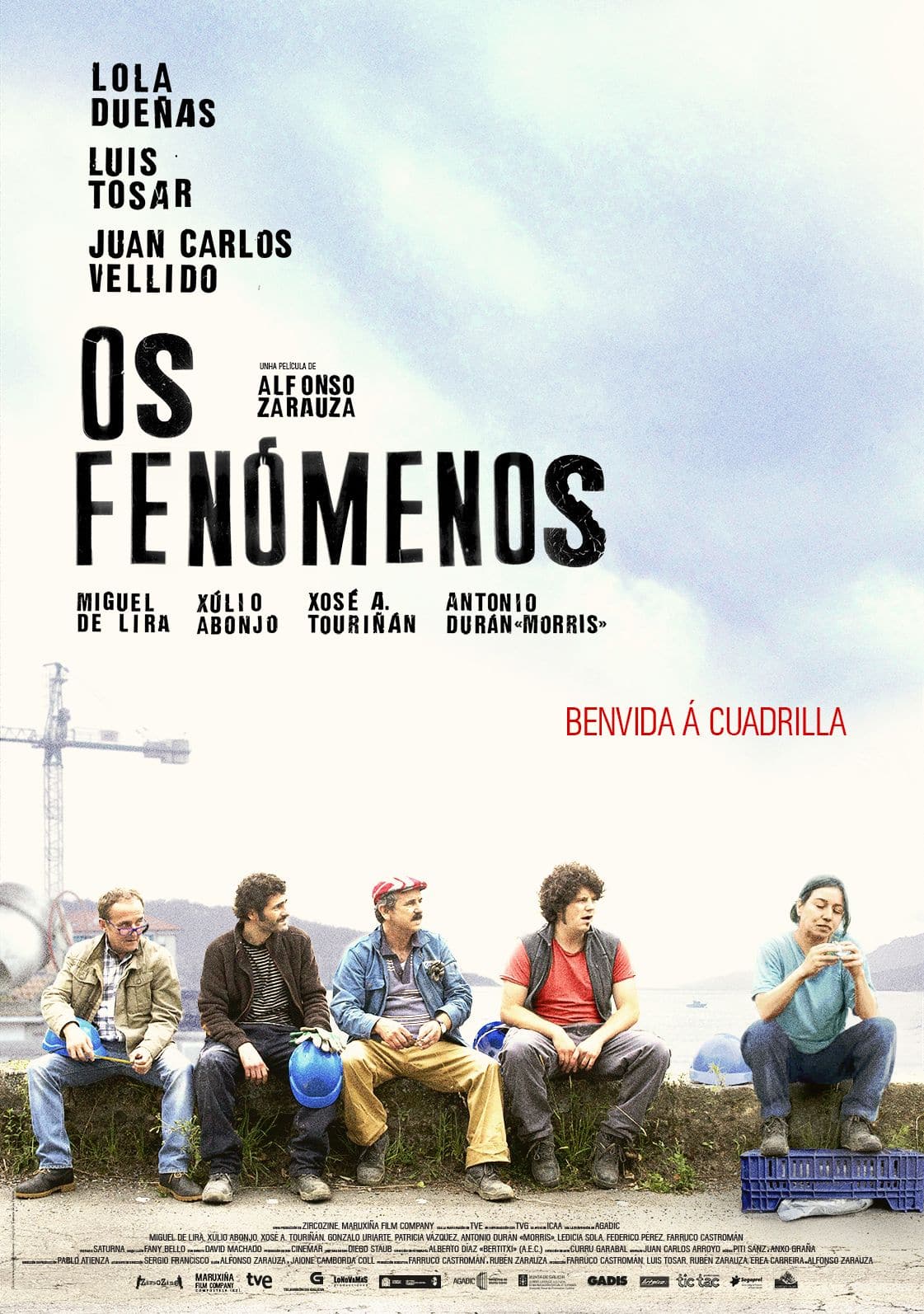 Abandoned by the father of her child, Neneta returns to her home town and takes a job on a construction site.

Mondays In The Sun
The Navigators