Given the current climate of austerity, Edinburgh International Film Festival director James Mullighan thought that traditional red carpets would be out of place at this year's event. But that doesn't mean there was a shortage of visual spectacle. Our photographers were on hand to capture the stars of Weekender as they explored the historic city, and we also took a look at a new environmentally friendly approach to film - a cinema powered by bikes!

Weekender is film that recalls the Rave days of the early 1990s in Manchester and environs. Director Karl Golden has attempted to capture the spirit of those days before raves were taken over by serious drug traffickers and crime lords out to make huge amounts of money. With the help of Music Consultant DJ Terry Farley, the soundtrack has been carefully selected to be as close as possible to the music that would have been heard at the time. So far the reviews for Weekender have been very strong and while its appeal may be limited, Chris Coghill's script has been highly complemented.

Bike Powered Cinema was a special event at Teviot Underground where volunteers came together to generate electricity through pedal power. The film, appropriately enough, was Belleville Rendez-Vous, and anyone could have a go. James Mullighan himself took a turn, showing that despite criticism he's still prepared to work hard for the festival - even physically. And just in case anyone needed to be revived afterwards, event sponsors Cutty Sark Whisky were on hand with a tipple or two. 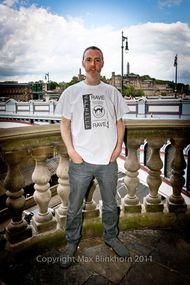 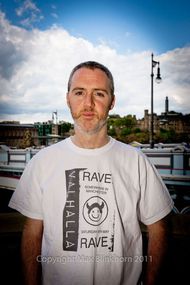 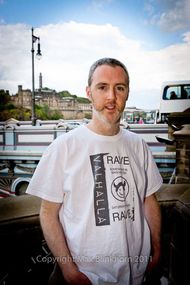