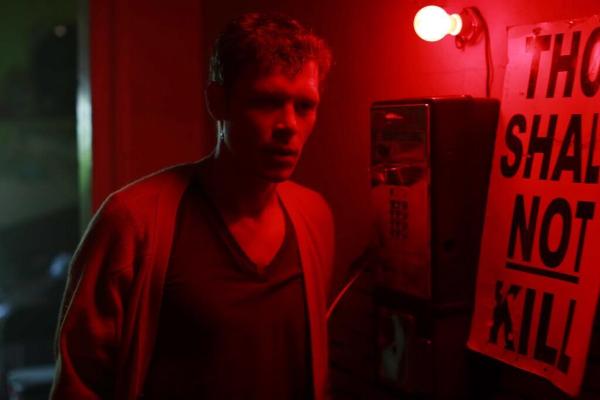 The East End Film Festival is back for 2014 with another great line-up of independent films. Opening with the disturbing and visually stunning Dermaphoria, it takes in much of the best of new British film and showcases emerging talent. Alongside the films there are workshops where you can improve your own filmmaking skills, Q&As where you can get to meet some of the talent and family events where children are welcome. There will even be some free outdoor screenings so everybody has a change to get involved.

You And The Night
A couple prepare to welcome guests for the evening but the atmosphere is tense.

Lilting
A bereaved mother and the boyfriend of her son find a connection.

Hide And Seek
Four young people move into a remote house together to experiment with non-monogamy.

Club Sandwich
A teenage boy experiences first love while holidaying with his mother.

The Dance Of Reality
The director looks back at his childhood in Chile.

The Strange Colour Of Your Body's Tears
A woman's disappearance forms the central mystery in this visually stylish neo-giallo.

The Golden Dream
A group of Guatemalan teenagers tries to make it to the US.

Concerning Violence
An examination of colonialism.

Who Is Dayani Cristal?
An anonymous body in the Arizona desert sparks the beginning of a real-life human drama.

Blood Ties
Brothers on opposite sides of the law come into conflict in Seventies Brooklyn.
A-Z of East End Film Festival 2014 reviews >>>

Hidden in plain sight
Joanna Coates on Hide And Seek.
Go East!
What to watch out for at this year's East End Film Festival.