As with most kids' films the feature is the main event on this Bluray release from Dreamworks, so parents will be pleased that it comes with a Digital HD Ultraviolet stream/download, so that they can take it with them without having to cart the DVD.

The extras are mostly carved up snippets from the film - and the earlier Madagascar series - under the labels Top Secret Guide To Becoming An Elite Agent, Madagascar Mash Up, Cheezy Dibbles Ad and Flipper Slap Shake Waddle And Roll. There are also two pop videos - He Is Dave, and Pitbull's Celebrate - both of which use animation from the film - plus the obligatory trailer and gallery.

The extra likely to get most play with youngsters is Do The Penguin Shake with tWitch (yes, he really does spell his name like that but no doubt he's still Stephen Boss to his mum). In the extra, he shows takes you through the penguin moves, so that you can shake a tail feather along with Skipper, Kowalski, Rico and Private. Watch and repeat until you reach maximum coolness. 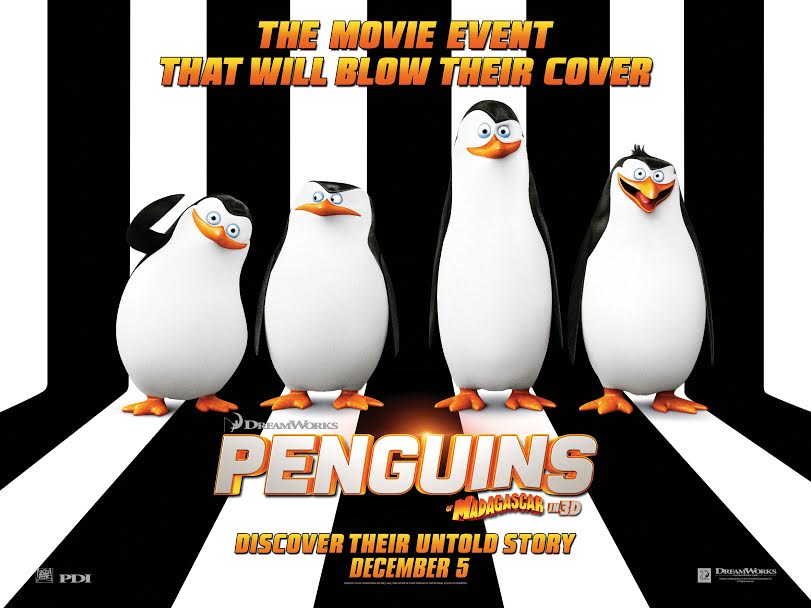 Four young penguins become embroiled in an animated power play between an evil octopus and a grey fox.