Artificial Eye’s release of 13 Assassins is sadly lacking in any impressive extras. For a rather important release, the paucity of bonus features on show here seems baffling.

There are ‘deleted scenes’ on offer, which are more like trimmed bits from the ends and beginnings of scenes included in the film. In addition to these, we are offered an interview with Takashi Miike. This could have been a pretty interesting extra, but instead it’s a rather perfunctory piece in which an earnest yet clearly baffled PR woman prods Miike with infuriatingly pedestrian questions and observations.

Oh, there’s also a trailer. A big opportunity missed in this lazy release. 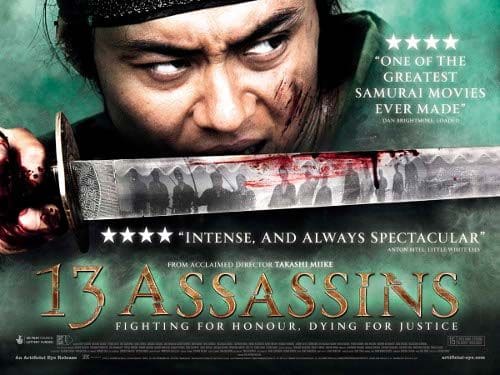 A retired samurai has to assemble a squad of assassins and set a town-sized trap.