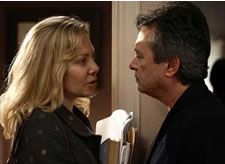 Empty Nest will open the festival

Now in its 15th year, the Viva Spanish and Latin American Film Festival celebrates the best of the current crop of Spanish language films. This year's selection ranges from Andalucian sci-fi to Cuban Comedy and Catalan documentary.

The festival kicks off at Manchester's Cornerhouse on March 6, with Argentinian film Empty Nest (El Nido Vacio), and for those who want to get a flavour of what to expect there will be a one-hour overview introductory presentation - Spanish Cinema Now - at 6pm on March 2.

The Horn Of Plenty
The possibility of a share of an inherited fortune causes ructions in a small Cuban town.

Heart Of Time
Is love stronger than duty in the heartland of Mexico's rebel community?

The Black Virgin
A town's church virgin begins granting favours... but people should be careful what they wish for.

Before The Fall
A family face a serial killer... and the apocalypse.

Sleep Dealer
Node Runner - if they catch you you're through!

The Appeared
Siblings are terrified by tortured ghosts and a brain dead father's legacy in Argentina.